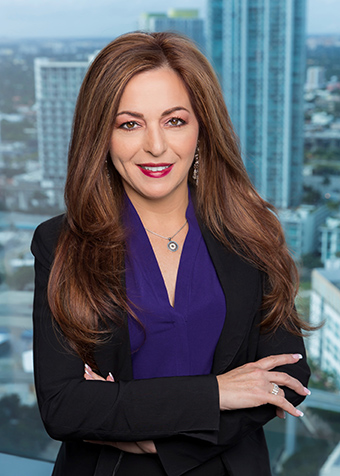 Francesca is a shareholder in the Miami office, focusing her practice on intellectual property law and litigation, commercial litigation and alternative dispute resolution.  She has worked with a broad range of clients both domestic and international on all phases of the litigation process before federal and state courts in various areas of commercial litigation, including but not limited to breach of contract and tort claims, civil theft, trade secrets, trademark litigation, transportation litigation, real estate litigation, corporate and business litigation, directors and officers liability, and fraud. In addition to litigation, Francesca has extensive experience in alternative dispute resolution. She has substantial experience serving as local counsel for firms seeking to enforce or defend their clients’ rights in South Florida.