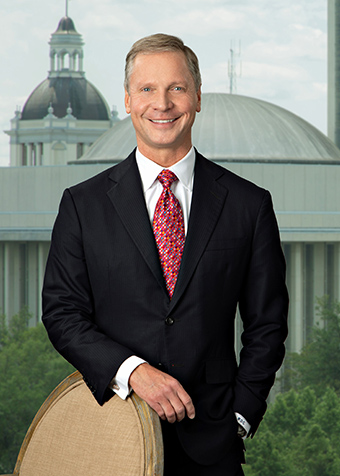 A fifth-generation Floridian, Dean Cannon began his career as a lawyer in Orlando, practicing state and local government law since 1995. From the Panhandle to the Keys, he has represented sophisticated clients before local, regional and state government entities. He has also represented cities and counties and quasi-governmental authorities, as well as local governments on issues ranging from electric and wastewater utilities to land-use and administrative law.

Dean served in the Florida House of Representatives from 2004 until 2012. During his eight-year tenure, he played pivotal roles in property tax reform, growth management reform, health care and Medicaid reform, and major transportation infrastructure policy initiatives, among many others. He was selected by his peers to become Speaker of the House for the 2010 to 2012 term and is credited with leading the Florida House effectively during a time of great economic and political challenge.