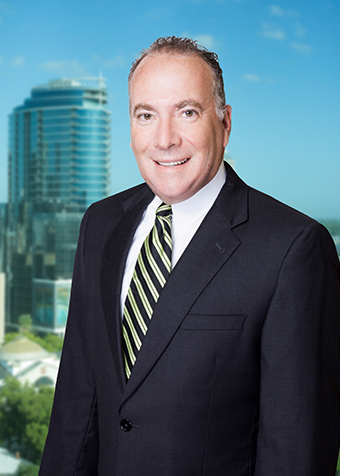 Roy is a shareholder and resident in the Orlando and Tampa offices of GrayRobinson. He is a member of the firm's bankruptcy and creditors' rights practice group. Roy is a Certified Specialist in Business Bankruptcy Law by the American Board of Certification, accredited by The Florida Bar, since 2003. He has lectured for The Florida Bar and The National Business Institute on bankruptcy and insolvency issues. Roy has served as a visiting Professor at the University of Florida College of Law, Florida A&M Law School, Florida Gulf Coast University and Mountain State University.

In 2013, Roy was named a Fellow of the Litigation Counsel of America, a trial lawyer honorary society comprised of less than one-half of one percent of American lawyers. The fellowship is highly selective and by invitation only.

Roy is a lifelong advocate for financial literacy. He is the founder of the Credit Abuse Resistance Education of Central Florida Chapter, which educates high school and college students on the responsible use of credit and other fundamentals of financial literacy, as well as the potential consequences of poor money management and credit card and student loan abuse.

Roy is active in the community and currently serves on the board of directors of the Downtown Orlando Breakfast Rotary Club. He devotes time to Blankner Elementary School Foundation and the Boone High School Foundation.

In 2015, Roy served on The Florida Bar Diversity and Inclusion Committee and helped establish a two-day intensive trial skills program geared toward minority trial lawyers, the first of its kind offered in Orlando, featuring jurists from the State Circuit and Federal benches.