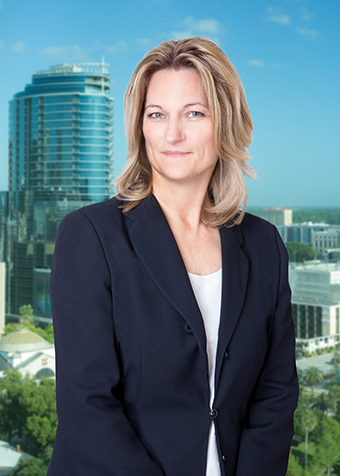 Kelly is a shareholder whose practice focuses on litigating complex business disputes, ERISA benefits matters and appeals in state and federal courts. Her business litigation practice encompasses a wide range of disputes, including breach of contracts and security agreements, tortious interference, trade secrets, non-compete violations, shareholder and partner disputes, asset recovery, and loan repurchase obligations. In the ERISA context, Kelly defends plan and claim administrators in employee benefit disputes. She is experienced in identifying issues that can arise in litigation ahead of time and strategizing with her clients to develop cost-effective solutions to their business problems.

In addition to her litigation practice, Kelly handles a wide range of appeals in both state and federal appellate courts and she is certified as a Florida Supreme Court circuit court mediator.

Active in the community and various bar associations, Kelly has served as a Guardian Ad Litem, has served as the vice chair of the Federal Court Practice Committee’s pro bono committee, and is a former member of the Ninth Judicial Circuit Pro Bono Committee. She also served on the board, including as president, of the Orlando Chapter of the Federal Bar Association for many years. Kelly enjoys giving back to her community by volunteering at local charitable organizations, food banks, public schools, and assisting with voter registration and protection initiatives.