2018 has arrived, and the new year is starting off strong for the alcohol industry and those who regulate it.  First up – learning how to implement the new Federal Excise Tax rates implemented under the Tax Cuts and Jobs Act of 2017 (Public Law No. 115-97).

The White House signed the tax legislation on December 22, 2017, making several changes to the federal excise tax rates imposed on beer, wine and distilled spirits.  Within the omnibus tax bill are the “Craft Beverage Modernization” provisions, which cut federal excise taxes on alcohol producers, particularly small brewers. The changes will last until to 2019, at which point they will be subject to renewal:

NOTE that the new tax rates, which became effective January 1, 2018, do not apply to any wine, beer, or distilled spirits covered by an industry member’s 2017 annual tax return. However, because the new tax law went into effect on January 1st, the U.S. Alcohol and Tobacco Tax and Trade Bureau has moved quickly to advise industry members on how best to comply with the changing tax rates.

TTB created a new Web page on its official Website containing the agency’s initial guidance on changes resulting from the new tax law.  The new TTB Web page, which includes guidance as well as answers to generally asked questions categorized by industry segment, is accessible online here and has a URL address of https://www.ttb.gov/alcohol/craft-beverage-modernization-and-tax-reform.shtml 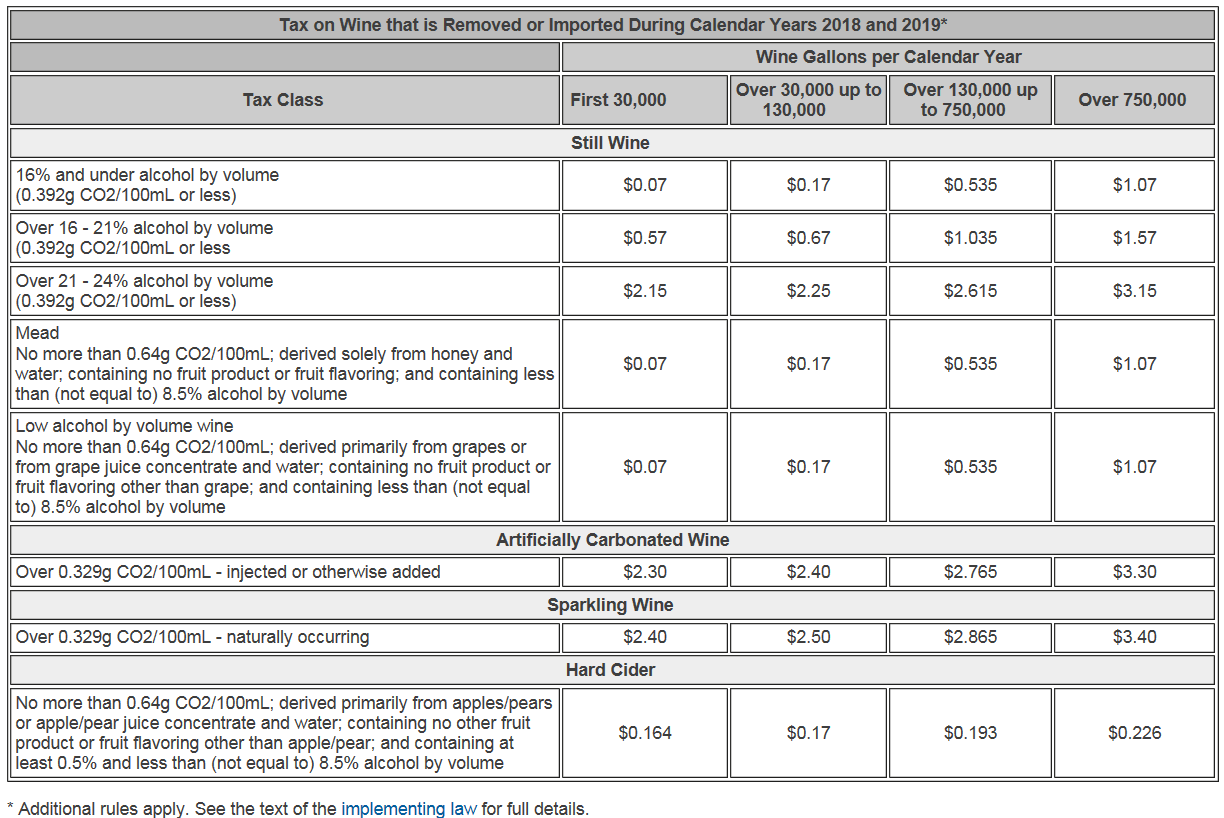 These charts are accessible here, and have a URL address of https://ttb.gov/tax_audit/atftaxes.shtml   TTB has pledged to update its new Web page with additional guidance and information over the coming weeks.

For now, TTB advises industry members to pay 2018 federal taxes using the existing 2017 tax remittance forms (TTB Form 5000.24 or TTB Form 5000.24sm), either on paper or through pay.gov.  Additional directions will be posted on the agency’s dedicated Webpage as they are issued.

For more information, please contact GrayRobinson’s Nationwide Alcohol Industry Team by telephone at (866) 382-5132, via e-mail at beveragelaw@gray-robinson.com, or via our Website at: https://www.gray-robinson.com/alcohol-beverage-practice