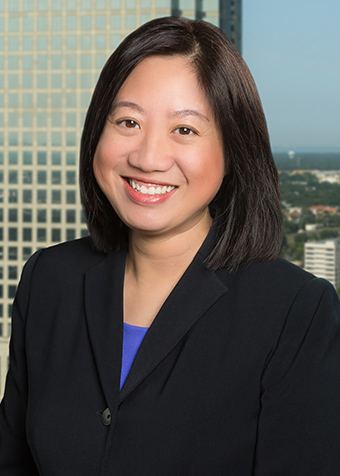 Grace H. Yang is a member of GrayRobinson’s Alcohol Beverage Group.  Her practice includes compliance analyses for alcohol beverage manufacturers, suppliers and retailers; alcohol, hotel, restaurant, lottery, and occupational licensing work; representation of alcohol and hospitality industry members before local, state and federal administrative agencies; alcohol related zoning issues; alcohol tax issues; and other issues concerning the sale, distribution, advertisement and marketing of alcohol products.  Grace is a past editor of The Bar, the ABA newsletter reporting on Alcohol Beverage legal developments.  She graduated from Yale University in 1994 with a B.A. cum laude and With Distinction in Political Science.  She received her J.D. in 1997 from Cornell Law School, where she was the Managing Editor of the Cornell Journal of Law and Public Policy and the Justice of her Phi Alpha Delta chapter.  Grace is fluent in Mandarin Chinese and Taiwanese and proficient in Spanish.