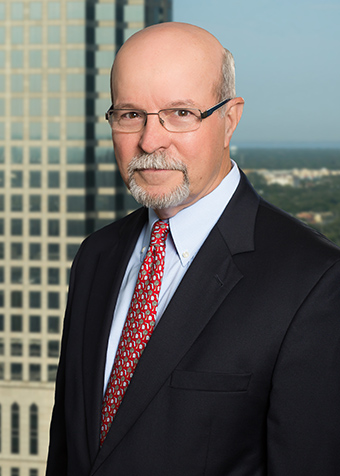 For over thirty-five years, David has been a real estate, land use, and local government law attorney. His practice includes obtaining state and local government regulatory approvals and all matters attendant to the acquisition, development and utilization of real property. He has been responsible for the application and approval of multiple Developments of Regional Impact. David has prepared, filed and obtained approval for residential and mixed-use fee simple and condominium projects. He has also documented and obtained approval for multi-use commercial, marina, retail and residential condominium and timeshare projects, including a multiphase, mixed-use timeshare residential, commercial marina project in Key West. David has assisted multistate developers with foreign jurisdiction sale solicitation requirements for projects in Florida and St. Croix. He has represented numerous lending institutions in drafting the documentation and closing all manner of real estate and commercial loans. He has worked in special assets, assisting bankruptcy practitioners with the implications of complicated business and real estate transactions. David has issued title insurance in conjunction with loans, acquisitions and developments in state and multi-state undertakings as aggregate refinancings or exchanges. He has prepared mobile home park prospectuses and a wide variety of leases as well as other real estate and development-related documentation. He also served as Tampa City attorney for more than four years and was involved in all aspects of the city’s legal concerns, including drafting ordinances, representing the city in Tallahassee, overseeing all litigation and serving as legal adviser to the mayor, the city council and the various department heads. David has served as General Counsel for the Hillsborough County Aviation Authority, Hillsborough Transit Authority (HART) and as special counsel for other special districts, municipalities and counties. He has also been involved in representing community development districts, the creation and representation of community redevelopment agencies and in related developer and local government litigation concerning same.