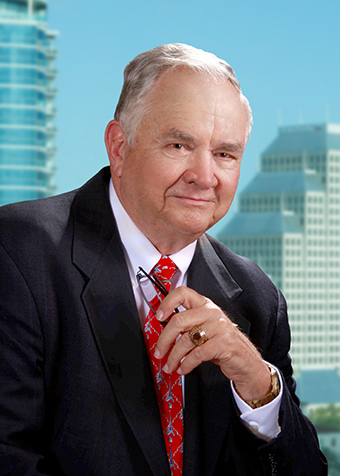 Lee began his legal career in the real property area. Within a few years, he developed a practice in commercial, construction, and surety litigation and general business law. Lee handles trademark and copyright prosecution and is a member of the GrayRobinson Technology Team, which serves the special needs of technology companies. Lee has considerable experience in drafting contracts involving proprietary technology, hosted software systems, trade secrets, copyrights, and trademarks, and has handled the purchases and sales of businesses and loan closings involving millions of dollars. Lee's diverse background serves him well in counseling his business clients, in negotiating commercial transactions, and the ability to successfully resolve business and transactional disputes. His practice includes negotiating software development agreements and licensing arrangements for both vendors and users. Lee served as a director of a publicly-held software company and during his career has represented both privately and publicly-owned companies. Lee has assisted his clients in beginning transnational business operations and engaging in international transactions by assisting in the formation of foreign corporations and branches, as well as preparing contracts for the sale and distribution of products and services overseas. Lee has represented clients doing business in the Far East, Australia, and Europe. In addition, Lee argued and won a landmark case concerning real estate taxation decided by the Florida Supreme Court.