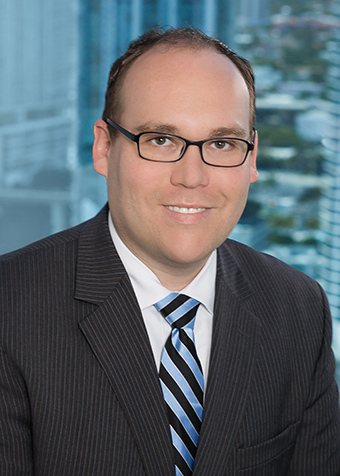 Jordan is a shareholder in the firm’s Miami office and is a member of the appellate and litigation practice groups. He focuses on appeals and litigation in a variety of areas, including business disputes, insurance coverage, maritime, product liability, toxic tort, and wrongful death.

Jordan is admitted in Florida and Connecticut and practiced for several years at the Miami office of a national firm. He has represented insurance carriers, banks, Fortune 500 companies and individuals in cases where the stakes ranged between the tens of thousands to tens of millions of dollars.

He is a member of the American Bar Association Tort Trial and Insurance Practice section, The Florida Bar's Appellate Practice and Trial Lawyers sections, the Defense Research Institute, the Dade County Bar Association’s Appellate Practice section and, in 2010, was a member of an appellate team nominated for the Daily Business Review’s Most Effective Appellate Lawyer of the Year award for having reversed the largest compensatory damage verdict in Florida’s history against a single asbestos manufacturer.