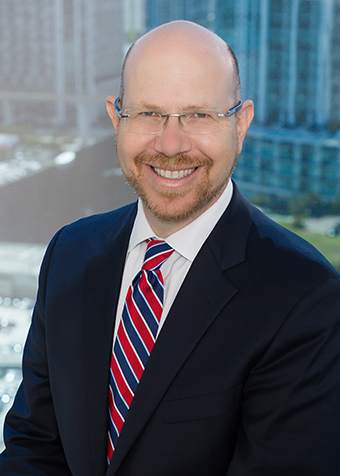 Talented writer and oral advocate preparing clients for complex appeals and trial litigation. Board Certified by The Florida Bar in Appellate Practice.

Jack Reiter leads the GrayRobinson Appellate and Trial Support Team and has briefed and argued hundreds of appeals over the span of his nearly 30-year career. He is Board Certified by The Florida Bar in Appellate Practice and former chair of Florida Bar Appellate Court Rules Committee and Appellate Practice Section. Jack collaborates with clients and co-counsel to provide strategic legal direction for the arc of each case, advising on the post-trial preservation process, and developing and arguing dispositive motions. His practice includes experience in a wide array of commercial and business disputes, insurance issues, and product liability matters.

Jack’s diverse experience and dedication to the evolving nature of law allows him to blend swiftly and seamlessly with trial counsel at a moment’s notice to deliver litigation support during the pretrial, trial, and post-trial stages. He handles trial support proceedings in state and federal courts throughout Florida, as well as jurisdictions outside the state. His experience includes preparing and arguing complex trial motions to dismiss and for summary judgment, as well as motions in limine and for directed verdict.

Jack teams regularly with colleagues within and outside GrayRobinson across various practice areas.  He provides  appellate and trial support, as well as a fresh perspective on a variety of litigation matters, including products liability, toxic tort, construction, negligence, insurance, and maritime law, among others. He is sought after for his expertise in the subtlety and nuance of appellate practice.