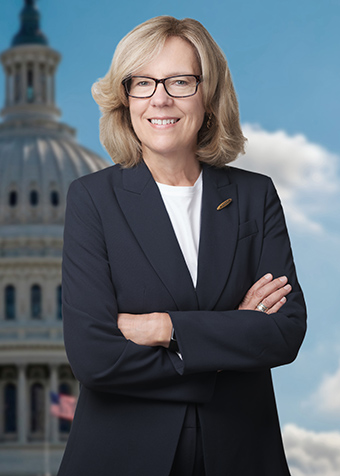 Providing an invaluable insider’s perspective after more than 33 years working in the agencies that regulate alcohol beverages. Assisting the team of GrayRobinson attorneys representing some of the world’s most well-known alcohol beverage and hospitality brands.

Before retiring from the Alcohol and Tobacco Tax and Trade Bureau (TTB) in 2022, Susan served as the director of the Office of Industry and State Outreach, an office that did not exist at TTB until Susan championed its creation. In this role, Susan led TTB's efforts to enhance relationships with industry members and TTB’s state government counterparts. Susan focused her team on the three areas she has been passionate about throughout her career: communication, education, and client service.

Susan began her federal career with the Bureau of Alcohol Tobacco and Firearms (ATF), first as a field inspector in New York City and then field supervisor in Houston, Texas. Later she became the director of the Alcohol Labeling and Formulation Division at ATF’s headquarters in Washington, D.C., where she oversaw the development of ATF’s first online filing system, COLAs Online.

Upon the creation of TTB in 2003, Susan was instrumental in standing up the new bureau as the Assistant Administrator, Headquarters Operations, overseeing the Alcohol Labeling and Formulation Division, Scientific Services Division (TTB laboratories), Regulations and Rulings Division, and International Affairs Division. She later became TTB’s first Executive Liaison for Industry and State Matters, serving as a full-time advocate and educator of industry members and state regulators. In that role, Susan initiated the TTB Expos, multi-day training events for all TTB industry members. She also significantly expanded the scope and readership of the TTB Newsletter, TTB’s primary external communication tool.

The various positions Susan held in the federal government, combined with her zeal for teaching and assisting alcohol industry members, provides an excellent background to advise and assist industry clients in a wide range of compliance activities, including: