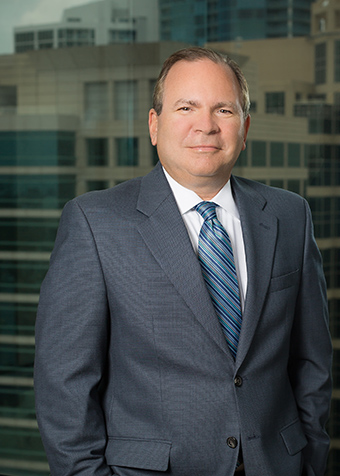 Scott also represents clients in a variety of contract disputes, Uniform Commercial Code disputes, healthcare litigation, construction litigation, commercial real estate cases, and director and officer liability matters. He also has extensive experience in a wide range of banking litigation, including defending a variety of lender liability claims. He represents national financial institutions in federal and state courts, at both the trial and appellate levels. Other prominent law firms regularly consult and retain Scott to represent their own firms in their litigation and business matters. Scott regularly counsels clients on recommended measures to help avert litigation, including contract drafting and reviews.

Scott practices in both federal and state courts, including in Fort Lauderdale, Miami, West Palm Beach, Naples, Tampa, Orlando, and Jacksonville as well as throughout the United States, and has represented clients in numerous courts, including the U.S. Courts of Appeal for the 2nd, 8th and 11th Circuits, and in arbitrations.

Scott served as judicial clerk to the late Honorable Lenore C. Nesbitt, United States District Judge for the Southern District of Florida, from 1988 to 1990. He is a member of the Florida, New York, and New Jersey bars.

Scott has published numerous articles on a variety of topics, including federal court practice and banking law. Some of his articles have been cited in published decisions by U.S. district courts and U.S. courts of appeal. He is an editor of The Florida Bar publication Florida Civil Practice Before Trial (11th ed, 2014) (Chapter 5, "Choice of Remedy"), and was the consulting author and lead editor of a two-volume publication titled Judgments in Federal Court by West Publishing, which provides guidance to practitioners on a variety of substantive and procedural issues encountered in federal court. Scott speaks at seminars on a range of topics involving the federal rules of civil procedure, the local rules of the Florida federal courts, banking matters, and labor and employment issues.