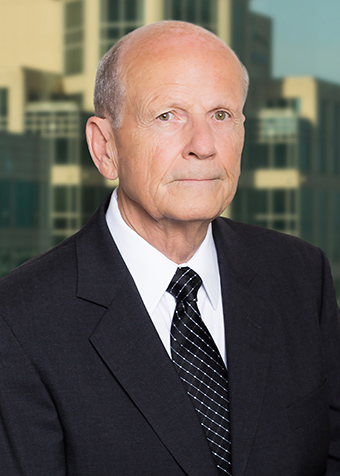 Thomas G. McKeon is an alcohol beverage consultant with GrayRobinson’s alcohol industry team. He was appointed counsel to the New York State Liquor Authority in February 1996 and retired from that position in April 2006. Prior to joining the Liquor Authority, Tom maintained a full-time general law practice for over 20 years and for 17 years he simultaneously held the elected office of Town Justice in the Town of Southeast and the appointed office of Acting Village Justice in the Village of Brewster, both jurisdictions in Putnam County, New York. Tom's earlier legal experience included service as an attorney in the Office of the Sheriff of the City of New York and as the Administrative Assistant to the Counsel to the New York City Board of Ethics. He received a B.B.A. degree from Pace College in New York City, where he also did graduate work, and he holds a J.D degree from New York Law School. Tom is a member of the New York State Bar Association and the Putnam County Bar Association. He is admitted to practice in New York State and in the U.S. Southern District and Eastern District Courts, U.S. Second Circuit Court of Appeals, U.S. Tax Court, and the Supreme Court of the United States.