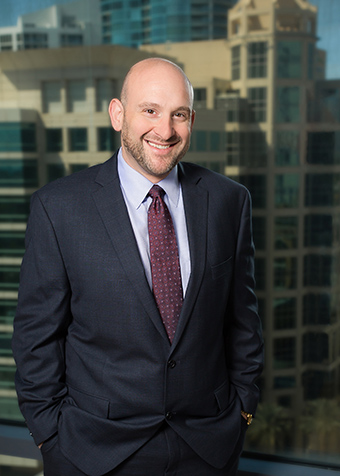 Paul is a shareholder of the firm and a member of its Fort Lauderdale banking and finance, real estate, and commercial litigation teams. Paul focuses his practice on handling large commercial real estate matters (representing buyers, sellers, and lenders), residential real estate matters (as title agent and/or seller’s or buyer’s counsel), title curative matters, landlord-tenant matters (both on the transactional and litigation fronts), and he also keeps a steady caseload of general business and commercial litigation matters.

Paul has substantial experience in general commercial litigation, consumer finance/banking, real estate and title and business contract litigation. In that regard, Paul has represented and is currently representing some of the largest residential lenders and servicers in the country, in various areas related to residential mortgage loan origination, servicing, and default. Paul is also representing a number of large and regional lenders in connection with business and real estate loan refinances, purchase money loans, construction loans, and loan renewals and workouts.

Prior to entering the in-house world in January 2007, Paul was a Senior Associate with Holland and Knight, LLP's Fort Lauderdale office, where he concentrated his practice in commercial, real estate and general business litigation matters, as well as landlord-tenant law. In that regard, Paul represented a sizeable public REIT in all aspects of tenant disputes across the State of Florida, including payment and non-payment defaults, parking space disputes, and evictions and tenant claims of default.