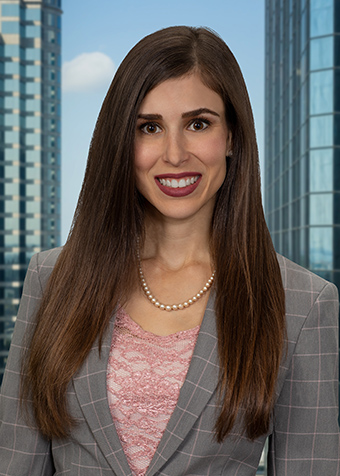 Natasha is a litigation senior associate attorney in GrayRobinson’s Tampa office, where her practice focuses on a broad spectrum of issues faced by private and public employers, including non-compete litigation, trade secret litigation, discrimination matters, and other disputes. An experienced trial attorney, Natasha has served as second chair at multiple trials arising out of business and partnership disputes. She has worked on a number of complex, high-stakes, and high-profile litigation matters in and outside of Florida, including representing clients in a number of multimillion-dollar restrictive covenant disputes, and the successful defense of a collective action alleging discrimination. Natasha also has appellate experience, most recently securing a favorable opinion in a pro bono case on behalf of the Guardian ad Litem Program in a child custody battle and conducting an oral argument on behalf of homeowners in an appeal of a code enforcement matter with countywide implications.

Prior to joining GrayRobinson, Natasha was an associate with a national labor and employment boutique, where she specialized in non-compete, trade secret, and employment matters. In addition to her litigation experience, Natasha has handled a wide variety of transactional matters for clients, including drafting employment and service agreements, as well as employee handbooks and company policies. This experience helps her provide additional value when helping clients make prophylactic and business-savvy decisions before, during, and after litigation.

Natasha is very involved in the community, serving as a member of the Hillsborough County Bar Association Young Lawyers Division Board of Directors, as well as a board member and the Pro Bono Coordinator for the William Reece Smith, Jr. Litigation Inn of Court.  She regularly performs a hundred hours or more of pro bono work each year. To this end, Natasha frequently works with Project H.E.L.P (Homeless Experience Legal Protection), providing legal services to homeless and indigent individuals in the community.