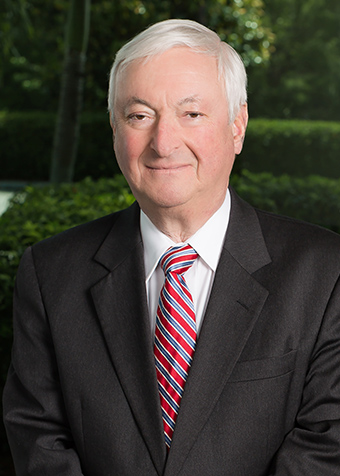 Mark was born in Boston, Massachusetts, in 1941, has been a member of the Bar of the Commonwealth of Massachusetts since 1965 and joined The Florida Bar in 1998. During his more than 30 years of legal practice in Boston, Mark represented small to medium-sized corporations in such matters as formation, general corporate operations and litigation. Mark's corporate and business practice included serving as general counsel to a corporation that published and internationally distributed magazines and computer software and representing shareholders in close corporations involved in disputes with other shareholders or with the corporation. Additionally, Mark represented individuals in a broad range of claims seeking damages for personal injury and wrongful death.

Since becoming a member of The Florida Bar, Mark has continued to represent corporations and individuals in such diverse matters as defense of shareholder derivative actions, enforcement and defense of contract claims concerning misappropriation of trade secrets and breach of noncompetition covenants, protection of copyrights to software, and prosecution of medical malpractice and wrongful death claims. Additionally, Mark represents personal representatives, trustees and beneficiaries in a variety of disputes, including actions seeking to invalidate, on the grounds of lack of capacity and undue influence, the estate planning documents executed by testators and trust settlors.