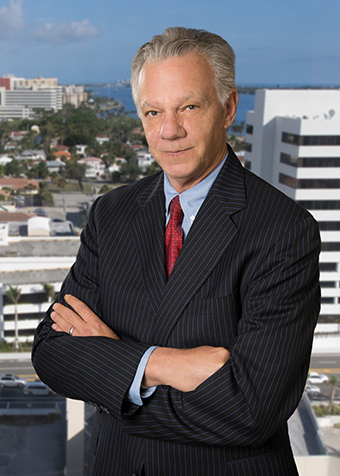 John "Jay" White is the managing shareholder of GrayRobinson’s West Palm Beach law firm office and focuses his practice on commercial and complex business litigation, personal injury, wrongful death, professional malpractice litigation, class actions, and officer and director representation.
Jay has represented Fortune 500 companies as well as individuals in numerous multimillion dollar cases involving commercial and complex business litigation. He handles a variety of complex business cases, including numerous significant high-stakes cases, shareholder disputes, derivative actions and cases involving officers and directors of corporate entities. He has also handled personal injury and wrongful death cases, as well as professional malpractice litigation.
Prior to joining GrayRobinson, Jay was a partner for a West Palm Beach law firm. He has served as president of The Florida Bar, served on the Board of Governors for 10 years and has sat on various bar committees. He has also served in every elected position of the Palm Beach County Bar Association, including as president. Jay is a member of the American Board of Trial Advocates, a by-invitation only organization where members are required to have completed a minimum of 10 civil jury trials to jury verdict or hung jury as lead counsel.
Show full biography
Recognition