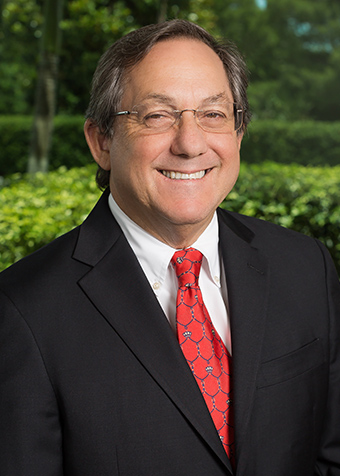 Jack A. Kirschenbaum Attorney At Law

Jack is a senior partner in GrayRobinson and a highly respected and experienced civil trial lawyer. He has over 39 years of courtroom experience in civil litigation and has been recognized by Florida Super Lawyers in the area of general litigation. Jack has handled numerous jury, nonjury and administrative matters in both state and federal court and currently holds an AV Preeminent rating from Martindale-Hubbell.

Jack is also an experienced trial lawyer in the area of eminent domain, inverse condemnation and property rights, representing both property and business owners as well as select condemning authorities. In addition to his eminent domain practice, Jack represents clients before governmental agencies in zoning, planning, comprehensive plan changes and other land development matters.

Jack has extensive experience in First Amendment law and currently represents both a regional newspaper and the news divisions of a local television stations. Jack also has a background in entertainment law and sports law and has represented multiple nationally known comedians and athletes in business and contract matters.