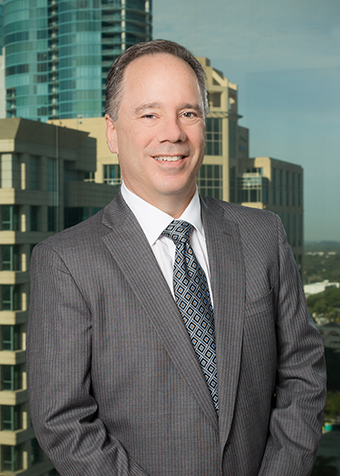 Howard is a litigator, concentrating his practice in the areas of complex commercial, real estate and corporate-related, probate/trust and appellate litigation.  Throughout a career spanning more than 25 years, Howard has gained a reputation as an aggressive advocate who always maintains a practical perspective to dispute resolution, and as an always thoroughly prepared trial lawyer.  He enjoys an AV rating, the highest awarded, from the Martindale-Hubbell publication, an honor that is determined by a survey of peers.

For the 11 years prior to joining GrayRobinson, Howard chaired the Florida litigation practice of the international law firm Blank Rome LLP, a platform from which he represented a wide array of clients all throughout Florida, in state courts, federal courts and arbitration proceedings.  The types of claims he has regularly litigated are varied: complex mortgage foreclosure and receivership proceedings, partnership breakups, shareholders’ derivative actions, will contests, trust and other fiduciary disputes, business torts, contract disputes, appeals and much more.